Get fresh music recommendations delivered to your inbox every Friday.
We've updated our Terms of Use. You can review the changes here.

by A Seated Craft 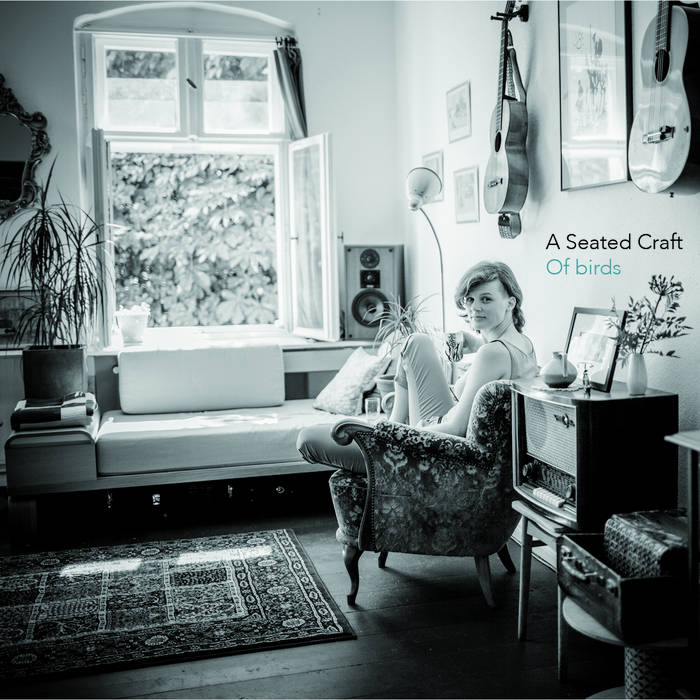 Australian musician Alexia Peniguel is 'A Seated Craft'. One part silver-tongued folk narrator, the other golden-voiced chanteuse, her music is – as her stage name suggests – something both intricately hand-crafted and a vehicle that carries the listener, like a boat, on a journey to another place.

Where her first album, 'The Savage and the Small' (2011) contemplated distance and the weight of a journey across continents (Alexia relocated to Berlin in 2004), the new album, 'Of Birds', explores what happens once the journey is done and the weight has been put down. To do this, 'Of Birds' draws inspiration from many things, including the obvious title reference. However, perhaps the most striking of her winged muses is the bowerbird – a small, plain-looking creature that, despite its dowdy appearance, builds an extraordinary arbor-like nest to attract a mate, decorating it with the brightest found objects. In the song 'Bowerbird Bacchanal', Alexia draws parallels between this labour of love and her own experience of reconstructing her life, urging herself to 'build a bower, bound with blue and shiny things' where 'only beauty... may peruse me'. This sense of creating a space from which to sing out from permeates the album.

Musically, 'Of Birds' is a wondrous carpet-bag of orchestral sounds: trumpet, drums, clarinet, cello, treble recorder and piano all paint sceneries and build stories across a bed of bruised electric and agile parlour guitar; Alexia's arresting voice and those of her guest musicians weaving tales throughout. At times stark and sparsely arranged, such as the quiet, plaintive ode to Galileo Galilei in “1633 in Villa Medici”; at other times vibrant and brimming with sonic colour, such as the pulsating, flurry of wings and heartbeats that is 'Sardinia'; orchestrations unfold to elevate the narrative. When Alexia sings in 'Sardinia', 'bird call cuts the morning like a new pack of cards', cellos, recorders and choirboy-like voices chime in to bear witness; when she berates herself in 'I Find Geese' for her self-absorption in the midst of wonder, 'demanding beauty as ducks brush the surface', organs, pianos and accordions oscillate as if taking off from the lake itself.

Recorded over the period of a year, from the beginning of one winter through to the end of the next, 'Of Birds' emerges from its winter lair bright-eyed and joyful. As Alexia explains, 'I wanted to consciously celebrate achievements while honouring disappointments. In doing so, I wanted to create an almost symphonic environment where these things could co-exist'. She cast her net wide in order to gather her 'orchestra', working with long-time musical partners, drummer and sound engineer Benjamin Johnson and vocalist/multi-instrumentalist Jule Kauert, renowned Australian producer/multi-instrumentalist Tony Dupé, UK folktronica artist Cajita, US folk-americana troubadour Ian Fisher and a handpicked selection of quietly accomplished German, Australian and North American musicians.

Much like the bowerbird collecting his kaleidoscopic material to create an alluring nest, 'A Seated Craft' has gathered a palette of both subtle and vibrant musical hues to build her bower. But has it succeeded in attracting the things she so desired? Has it revealed to her what comes after the long journey, what happens after the weight has been relinquished? Perhaps the answer to this can be found in the album cover itself, where she sits, a hint of a smile on her face, in the apartment where 'Of Birds' was recorded and where she lives today - no longer the outsider looking in but the one that belongs.

A Seated Craft is the music of Alexia Peniguel. Originally
from Melbourne, Australia, she has lived unobtrusively in
Berlin, Germany since 2004. Lo-fi in style, hi-fi in texture, she treats words like clothing and keeps instruments like some people keep cats. ... more

Bandcamp Daily  your guide to the world of Bandcamp

The Hammer and The Relentless from the Boston band Malleus stop by for a chat.